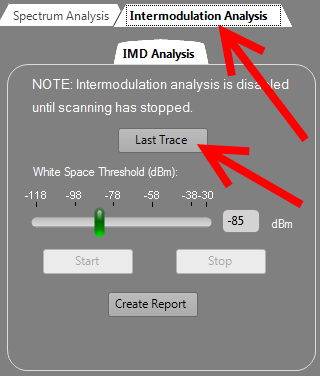 The results displayed in the ‘White Spaces and Intermod-Compatible Frequencies’ view are sufficient for most wireless audio installations. The frequency set that is computed in real-time is free of RF interference and the most destructive types of intermodulation distortion. However, for more demanding scenarios, it is possible to take the analysis a step further.

When you select the Intermodulation Analysis tab, a new screen is displayed with additional settings, grid and chart. [NOTE: While scanning is in progress then this feature is disabled]. Initially the chart is blank and you’ll need to fill it with a spectrum trace. You can do this by pressing the Last Trace button, which will retrieve the last spectrum trace (assuming you had previously performed some scans). 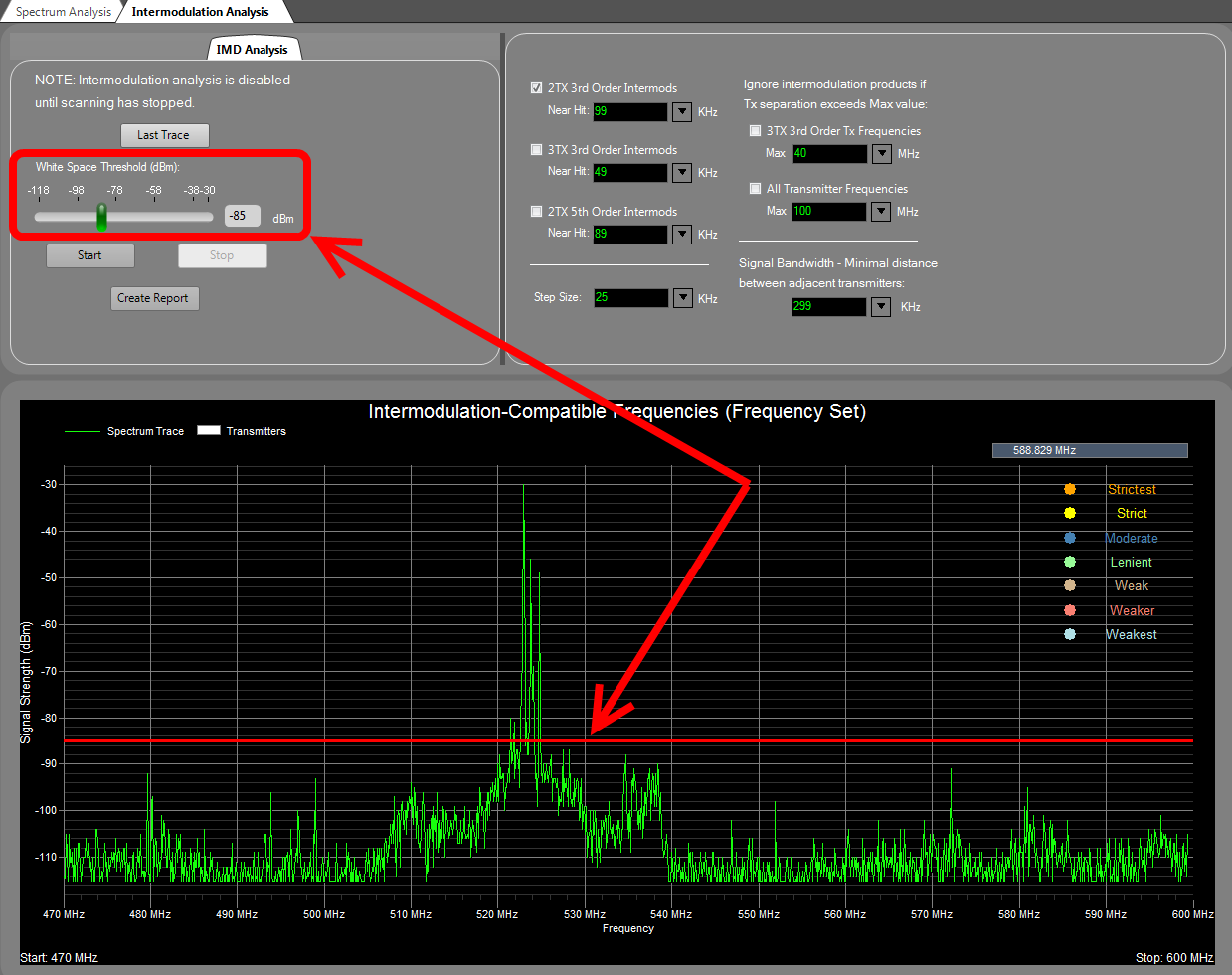 After the RF spectrum data is loaded then its trace will be displayed — along with a horizontal, red line that indicates the White Space Threshold. The White Space Threshold slider controls the threshold signal strength (in dBm) below which is considered ‘White Space’ — that is, frequencies not subject to RF interference and which should be considered potential candidates for the frequency set.  As you adjust this control you’ll see the horizontal, red line move up and down accordingly.  Those frequencies whose signal strength amplitudes exceed the threshold are considered off-limits and are locked-out — that is, they will not be considered as candidates for a frequency set.

After the White Space Threshold and Intermod Settings have been accounted for, press the Start button to begin the computation.